After retiring as a player, Happel went on to become one of the greatest coaches of all time. He won the league title in four different countries. He also took two different clubs to gold in the European Champions' Cup (now the UEFA Champions League) and the Netherlands to second place in the 1978 World Cup. His first club was ADO Den Haag in 1962, with whom he won the Dutch Cup in 1968. After Den Haag he coached Feyenoord, with whom he won the Dutch championship in 1971, as well as the European Cup and the International Cup in 1970.

At the 1978 FIFA World Cup in Argentina, Happel was coach of the Dutch national team  and reached the final against the Argentine national team. Always a man of few words, Happel's pre-match pep talk is said to have consisted of just one sentence: "Gentlemen, two points." The Dutch subsequently lost.

During his career as coach Happel worked for several clubs, including Sevilla, Club Brugge (winning the Belgian Championship title several times) and Hambourg  (1981–1987, German champions in 1982 and 1983, German Cup  winner 1987).

In 1987 Happel returned to Austria as coach of FC Swarovski Tirol. With FC Tirol he won the Austrian Championship title twice (1989 and 1990) before becoming coach of the Austrian national team in 1992. 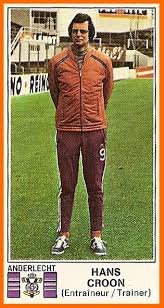 was a Dutch football manager who won the 1976 UEFA Cup Winner's Cup Final with RSC Anderlecht.

As well as Anderlecht, Croon coached in the Netherlands and Belgium with DWS , VER, HVC, FC Volendam, K.S.V. Waregem, Lierse S.K. and NEC.His Anderlecht side won the 1976 UEFA Cup Winners' Cup with a 4–2 victory over West Ham United on 5 May 1976 at Heysel Stadium in Brussels. He moved to NEC Nijmegen, and coached the team until 1979. 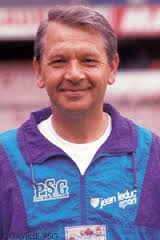 Often described as a brilliant strategist, Ivić is credited with helping develop the modern style of the game. In April 2007 the Italian sports daily La Gazzetta dello Sport proclaimed him as the most successful football manager in history, due to his 8 league titles won in 6 different countries.

He won eight top flight championships (3 in Yugoslavia, and 1 each in The Netherlands, Belgium, Greece, Portugal and France), 6 national cups (4 in Yugoslavia and 1 each in Spain and Portugal), an UEFA Super Cup and an Intercontinental Cup